“The core of my being is the ultimate reality, the root and ground of the universe, the soul of all that exists”. This was the philosophy that was practised in Banganga thousand years back. 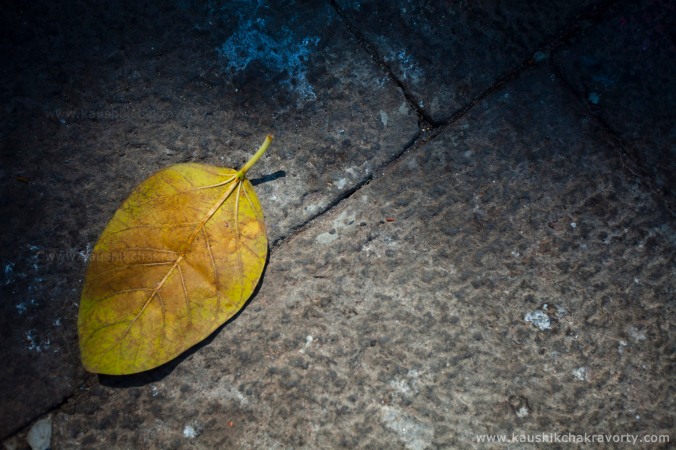 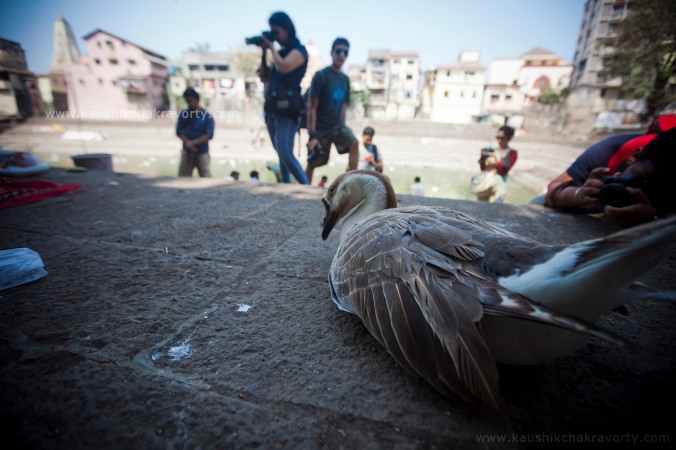 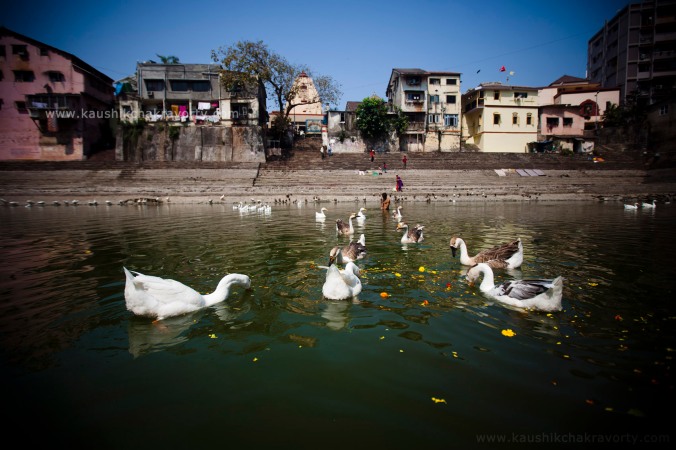 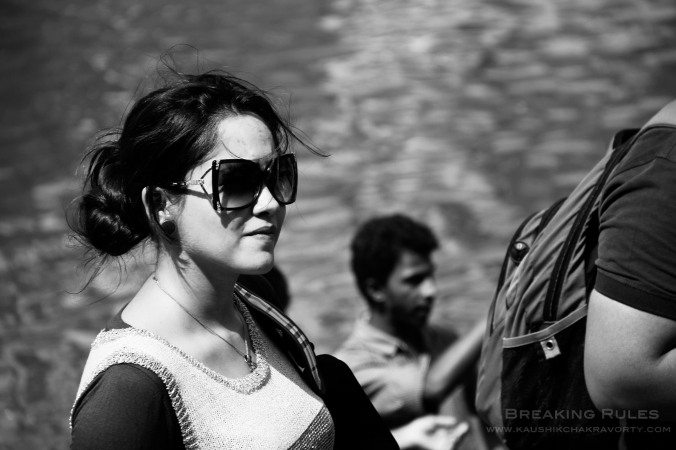 Last sunday we did a workshop at Banganga. Here is a bit about the place. As the legendary story goes… Ram during his ‘vanvas ” wanted to offer water to his father posthumouly, so he asked Laxman for it. Laxman with his powerful spiritual arrows punched a hole in the ground so abyssmal that Ganges flowed through it. Thus the name – Banganga. The place was built around 1100 AD and is till date worshiped for pitri – pakshya offerings. ( Rituals for your dad posthumously ). Here are some photos from the workshop.

Anybody who is familiar with Rai’s work will tell you, that his images leave an indelible print on your mind. Be it the stark and gruesome pictures of the Bhopal Gas Tragedy that spoke of the atrocities on humankind or the poignant images of Mother Teresa in prayer or the stellar portraits of Indira Gandhi, Rai’s photography have given a new meaning to photography itself, and his images are indeed so enthralling because each of them have a story to tell, something that your naked eye will not have seen.

That is the very essence of DP. DP is storytelling, and documenting.  It is not magic or trick photography or does not (or rather should not)  require post processing. It is the simplest form of photography and indeed the most popular.

Small little crabs, the kids of fisher folk who played with gaiety, small tea cups, and women cooking modest meals in traditional rice pots. The weather was such that it brought out the best in people and we were lucky enough to have captured some priceless moments of Koli dancers who were  dancing as if they was no care in the world! We braved the harsh sunlight, and some of us ended up having bad headaches, but we shot relentlessly for more than two hours. The edit sessions indoors came as the much needed relief as even hardcore photographers need air-conditioning and cold coffee after rigorous shoot!

“Surrealism is destructive, but it destroys only what it considers to be shackles limiting our vision.” Salvador Dali

At Breaking Rules my attempt has always been to go beyond the ordinary. So this Sunday, the theme I chose was “Surrealism”. Surrealism came into being after the First World War as a part of the Dada culture. Dadaism was a rebel movement and gave artists a platform to express their anger and frustration at the death and decay around them.

Surreal form of art was that which blatantly rejected the prevailing standards in all forms of art, literature and music. Uninhibited emotions of fear, dread, hunger and sexuality were explored as themes. Though this movement peaked in the 20th century, this blatant form of rejection of the norms remained an influence on many artists and photographers till many years later. One of the most noted photographers who made his mark in surrealist photography was Man Ray. Man Ray’s surrealist representation of the female form remains an inspiration to modern photographers till date.

Shot within the frames of a spectacle, this image highlights the loneliness of modern life. The blurry outlines of  the couple in the background enhances the loneliness and dilemmas of the subject. Photo credit – Jyotika Keswani

So much for history, but to explain the techniques of surreal photography was challenging. I took it upon myself to explain the concept to newbie’s who have barley learnt camera techniques. To me surrealism means to break the mode of discipline in photography. It’s not just landscapes or portraiture by itself, but using both or either to create another meaning altogether. To put it simply, a very heightened sense of things, the unusual, that you see in dreams, the surreal. In such photography one has to consciously break all rules of composition.

But breaking rules doesn’t mean you can get away with anything! There has to be a larger purpose. The images you create must be visually appealing and not appear to be some careless out of focus mistake. Surrealistic pictures turn out to be visually stunning, complex, unnatural and even shocking. Nonetheless they can be very interesting. The end result is always a “different” picture, and what’s more it doesn’t require much post work.

Wondering how to shoot such images, how to think, what aperture, which lenses… then my friend, you will have to join us to know the little secrets of fine art photography!

Till then enjoy the images !

This is an image to the heightened senses or emotions that one feels due to nicotine. Photo credits: Kaushik Chakravorty

Before the Daguerreotype cameras came in around 1850s, it was quite the fashion to get a painting done, by a famous painter. Needless to say, it was an expensive and a time taking option that was limited only to the rich and famous. However, with the advent of the camera, getting a portrait done became much more economical and popular. Though photography has gone through a sea change over the centuries, portrait photography is much in demand even today. After all, everyone likes to be shot in a way that brings out the best in them; much like a painting did in the olden days.

Portrait photography was on the agenda of Breaking Rules this Sunday. Our friend Mansi Dedhia had kindly agreed to model for us, so we set out to find an appropriate place to conduct our shoot. A dilapidated building at Napensea Road made for the perfect locale considering the contrast it provided to our beautiful model. To bring out the beauty, the softness, the playfulness and innocence, of our model was the intention of our shoot.

In basic portraiture photography, it is recommended that you follow the rules of maintaining a focal length of 85 mm or more. If it’s less than that, it can result in pin cushioning or barrel distortion of the images. This essentially means that the corners of the image will be distorted and the face is likely to look rounder than it actually is. However, in commercial shoots, such as the ones for creative assignments (for advertising or magazines) the rules of minimum focal length can be broken in order to come out with very artistic images.

In commercial shoots, I even use a 16-35 and the distortions are phenomenal. However, you can break the rules once you have complete knowledge and control over them, and that can happen after rigorous practice. You could use a wide angle lens for portraiture only when you know how to control the distortion to your advantage.

There are many purist photographers who would say that it is unwise to edit your images after a certain limit, because every edit deteriorates the quality of your images and also talks poorly of your photography skills. However, the use of the  editing softwares prudently, can enhance the image quality and make photography a lot of fun! 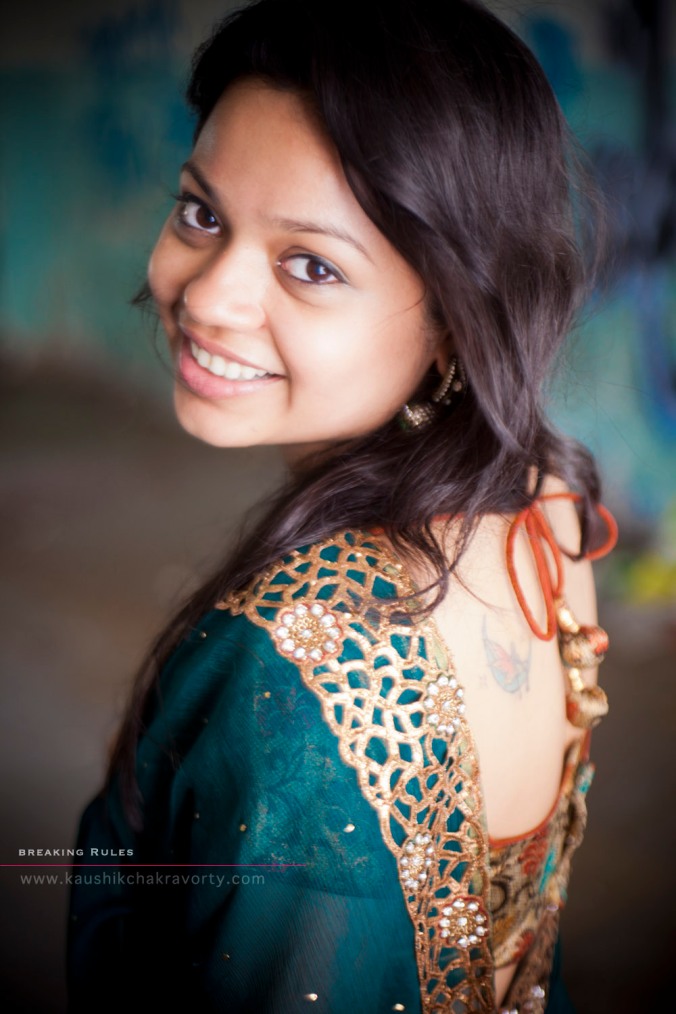 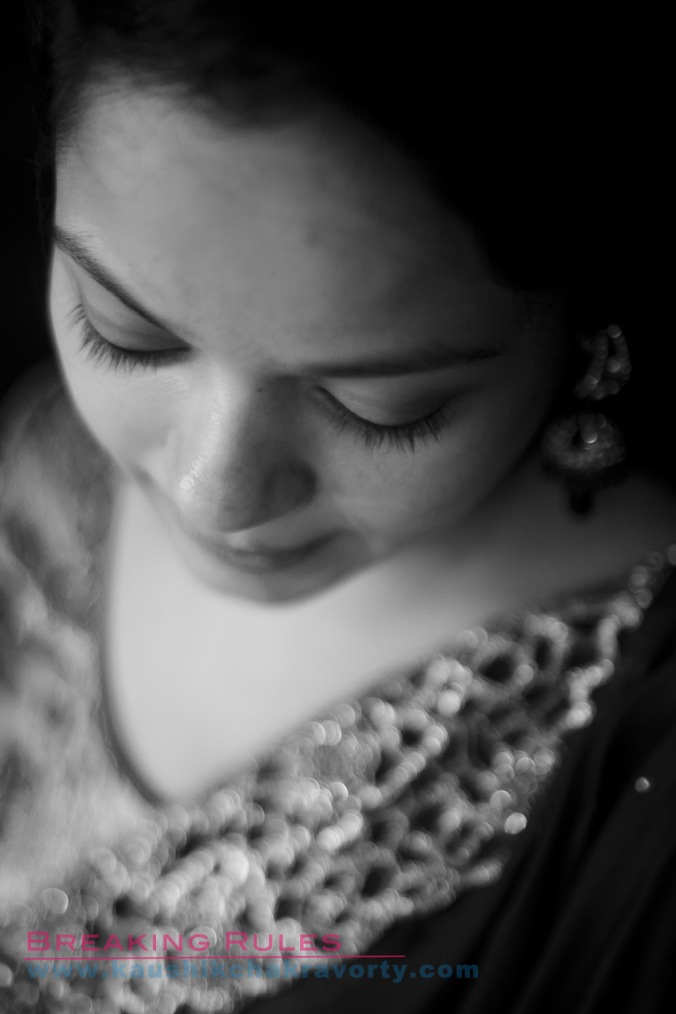 “The dog may be a man’s best friend, but it was the horse that built civilizations.” Anonymous

Our pursuit to explore more with our lenses took us beyond city limits this time. On a Sunday morning, we found ourselves well on the way to Japalouppe Equestrian  Center , a beautiful stud farm located in Talegaon, a drive that is a couple of hours away from the North of Bombay. A few hiccups notwithstanding, we reached our destination post lunch.

Horses are sacred beings. To photograph animals and especially horses, one needs to connect with the animal, communicate at all levels, its voice and behaviour, its feel and touch. It requires love and patience. You have to observe your subject and understand it before you shoot. If you are an animal lover it will reflect in your images in equine photography.

Portraiture of the horses and panning was on our agenda. With a slow shutter and a deep aperture, in cloudy conditions, we were able to capture some magic moments in panning.  Just the opposite is true for portraiture photography. You have to use the widest aperture to get the best portraits.

Every part of the horse is beautiful, and had a story to tell. The powerful muscles, the flowing hair on its tail, the placid eyes, the texture of its coat, each and every part made for excellent pictures.

We don’t know much about what would happen if wishes were horses…..but when horses were on the wish list of Breaking Rules we sure got some timeless frames! 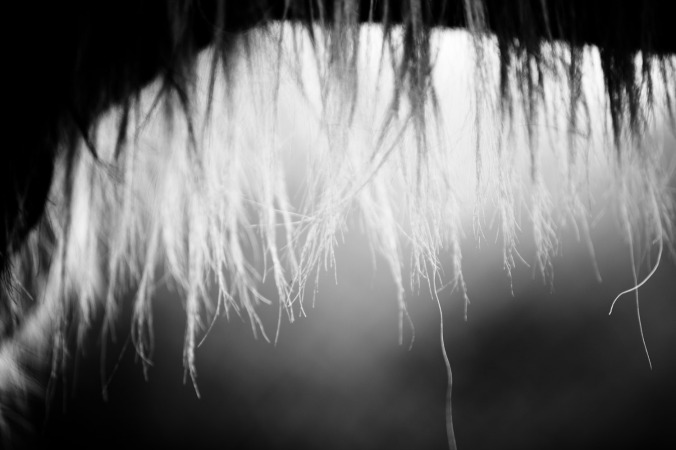 I am often asked how did Breaking Rules come about. To begin with let me tell you that I am quite a rule breaker myself! So, while the rule or the “normal” thing to do , was to sit at home and laze around on a Sunday, I wanted to do something productive. Some of my friends who were photography enthusiasts were keen on learning the basics, to take better pictures during vacations or family gatherings and the likes. They wanted to me to start teaching photography. Though a little sceptical at first, I agreed  to share what I have learnt over the years in my profession, and since then there has been no looking back.

I truly believe that photography is something that you cannot learn within the four walls of a classroom, so we began shooting, in different locations across the city of Bombay. Me and my fellow rule breakers have shot pictures at beaches, bustling markets, salt pans, film sets and even on a local train. Every week we go to a different location and we shoot. The idea is to find the extraordinary within the ordinary. All you have to do is seek and you will find! As Ansel Adams said ” You don’t take a picture, you make it!”

Remember the old Hindi movies, where there would be an inevitable shot of the hero, the quintessential “gaon ka chora” who landed at VT station, and that would mark a turning point in his life? VT or the Chatrapati Shivaji Terminus) as it is officially called now, is an iconic structure that adorns the city of Mumbai. The architecture is a fusion of the Victorian Gothic art and Mughal influences. On a Sunday sans the hustle and bustle of the office goers, VT is a sight to behold!

Our mission this Sunday was to capture the architectural glory of this heritage building that houses a railway station. Usually harsh daylight photography poses a challenge, but with the monsoons setting in the Sun God was benign and even broad daylight photography was a pleasure. Not only did we get to shoot the architectural marvel, we could also shoot some great portraits.

Through the eyes of our lenses we can always see great stories happening all around us, and that is our intention at Breaking Rules. Come and “see” a little more than you do usually!  That you will learn photography is an added bonus! 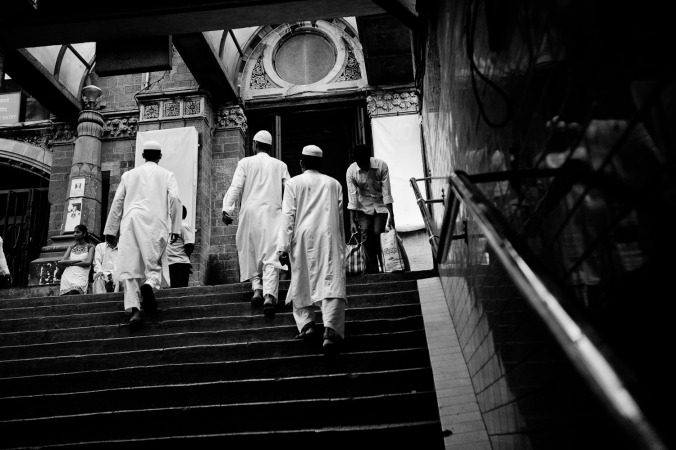